Let’s set the picture: you’re at the sold out Dangerous world tour in Bremen. The entire stadium is filled to maximum capacity. Suddenly, the lights all point to the stage and form a single spotlight. Michael Jackson is propelled from underneath the stage. People are so affected just by his presence that fans are either fainting or going ballistic. He hasn’t even sung a single note yet. He stands there, observing the crowd. He turns his head and the crowd goes in an uproar. He slowly takes of his sunglasses, and the audience waits with excited anticipation. The show is about to begin. How can musician have such an influence on an audience by just doing a head turn and taking off sunglasses? Michael Jackson seems be one of those rare phenomenons that will have a lifetime impact on the world from his artistry.

Jackson is one of a very small about of celebrities known to become an icon as such a young age and grow a huge following throughout adulthood.  Becoming the lead singer for the Jackson 5 as a child, he was put in the spotlight rather quickly. The world literally saw him grow up. As he branched out and began to record solo albums with Motown, his career really took off once he began working with Quincy Jones. The first of many albums they worked together on was Off The Wall. Paul McCartney and Stevie Wonder helped Jackson with the album, and it resulted in four top hits in the Billboard Hot 100. However, Thriller is really when Jackson took icon status. It became the best-selling album of all time! This was truly what changed the music industry forever. It was the originality and how unique he was. The music videos were spectacular. Thriller was like a whole short movie. Michael was the first one to do these type of music videos at all.

In the media, Michael Jackson was portrayed in a quite different light. Tabloids referred to him as “Wacko Jacko”, a name that he despised; they came up with the craziest allegations such as sleeping in a oxygenated hyperbaric chamber to defy aging. It would later turn out that he himself had actually leaked this untrue story to the press. Another story emerged that Michael had tried to buy the remains of “Elephant Man” Joseph Merrick. This 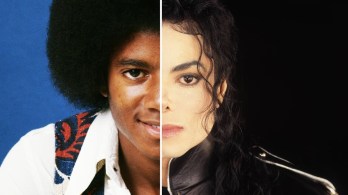 too, was a complete fabrication by Michael and his manager. However, these leaked lies made Jackson become a victim to the media. Soon they started coming after him for things he didn’t leak such as bleaching his skin, having body dysmorphia, and “countless”plastic surgeries. His privacy was completely non-existent. Always being in the public eye must have been emotionally draining.  He had become a pawn in a sick game that the paparazzi played. He did not let it completely demobilize  him, he had just dedicated more time to his music and came out with a song called Leave Me Alone, which was just a big “f-u” to the press. He then became significantly more private just to stay out of the spotlight all the time. He was always swarmed by paparazzi and fans to the point where every time he went out, it was a whole spectacle. Just look at this video on the extent he had to go to feel like a “normal” person:

Seeing  Micheal Jackson perform live was truly a once in a lifetime experience. Even my parents still talk about when the saw him in concert. We’ve all seen him shimmy, moonwalk and crotch grab, but his iconic spin moves gave his performances life. I think it’s the electric energy that made his concerts so memorable. He was arguably one of the most famous people in the world mainly because of his prodigal uniqueness. It’s been almost 10 years since he died yet the world still remembers him vividly. Now that’s a musical icon.